Some of the original Electrical Motor Control Centres (MCCs) at the Whyalla Pelletising Plant are in excess of 50 years old.  At the time of manufacture they did not require to be constructed to the current Australian Standard, as such they are open type cabinets, allowing potential unintended access to LIVE equipment.

Although still categorised as legal and clearly labelled as Hazardous there have still been a spate of electric shocks and arc flashes over the many years they have been in operation.  These incidents coupled with the ongoing issues of iron ore dust causing havoc with the equipment mounted on the switchboards ultimately causing unplanned downtime and longer than necessary fault-finding, repair and maintenance time.  Additionally, the control voltages of these legacy units is (110VDC) so a conversion to the industry standard (24VDC) would provide a greater level of safety for the maintainers of the equipment.

The exposed type isolators are used daily for field equipment isolation, exposing personnel to bare copper conductors on the knife switches when they are required to isolate, with only PPE for protection.

In 2015 the Whyalla Pellet Plant management team prioritised and scheduled upgrades of their dated MCC’s in a 8-year plan, ICE have tendered, secured and now replaced three of these MCC’s.

The replacement involves the installation of a new MCC with modern components, 100kA fault rating, 80kA arc fault rating, and ELV DC control voltages. It is field proven and compliant to AS/NZS 3439.1:2002. This most recent MCC we have replaced supplies a total of 17 motors for mills, conveyors, pumps and vibrating screens ranging in size from 0.37kW to 75kW as well as three significant field distribution boards. It also has two additional ACB’s inbuilt to allow backup supply to other critical MCC’s in the area in the case of transformer failures, additionally they feature rated infra-red viewing windows on bus connections for ease of future inspection while operational.

Our work began by providing detailed input and scrupulous oversight of the MCC design, which involved customisation of its height to prevent toxic high temperature arc fault gases being vented and reflecting off of the overhead air conditioning system on to personnel in the case of a fault. We also completed GA design of the Switchroom to allow for compliant future MCC installations. Installation began by completing safe removal and replacement of the aged 240mm2 asbestos-lined supply cables from the LV side of a supply transformer to an existing ACB to supply the new MCC. The cement flooring of the Switchroom was marked out and core drilled for cable entries and the new 9m long, 2000A 50kA rated MCC was brought into the Switchroom, assembled, positioned and bolted down.

ICE also completed all programming improvements for PLC’s and SCADA, replacement of field control stations and isolators, and replacement of all power and control cabling from the MCC to the equipment in the field. New cable tray was installed to allow the installation of 10km of new cabling throughout the plant.

To fully utilise the new hardware installed with the MCC, programming, installation and communications works on Allen-Bradley Ethernet and ControlNet systems were completed with updates and improvements to the associated Rockwell RSView SCADA pages to vastly improve functionality and visibility of data to operations and maintenance teams. A total of 660 inputs and outputs were terminated, tested, programmed and commissioned.

The SIMEC Pellet Plant currently pelletises 1.3mtpa of Magnetite Concentrate for use in the steelmaking process as the primary supply of material to the Blast Furnace. The installation can be completed predominantly while the plant is operational but the tie over of plant operation to the new MCC must all be completed within a yearly 10 day Cold Shutdown window. 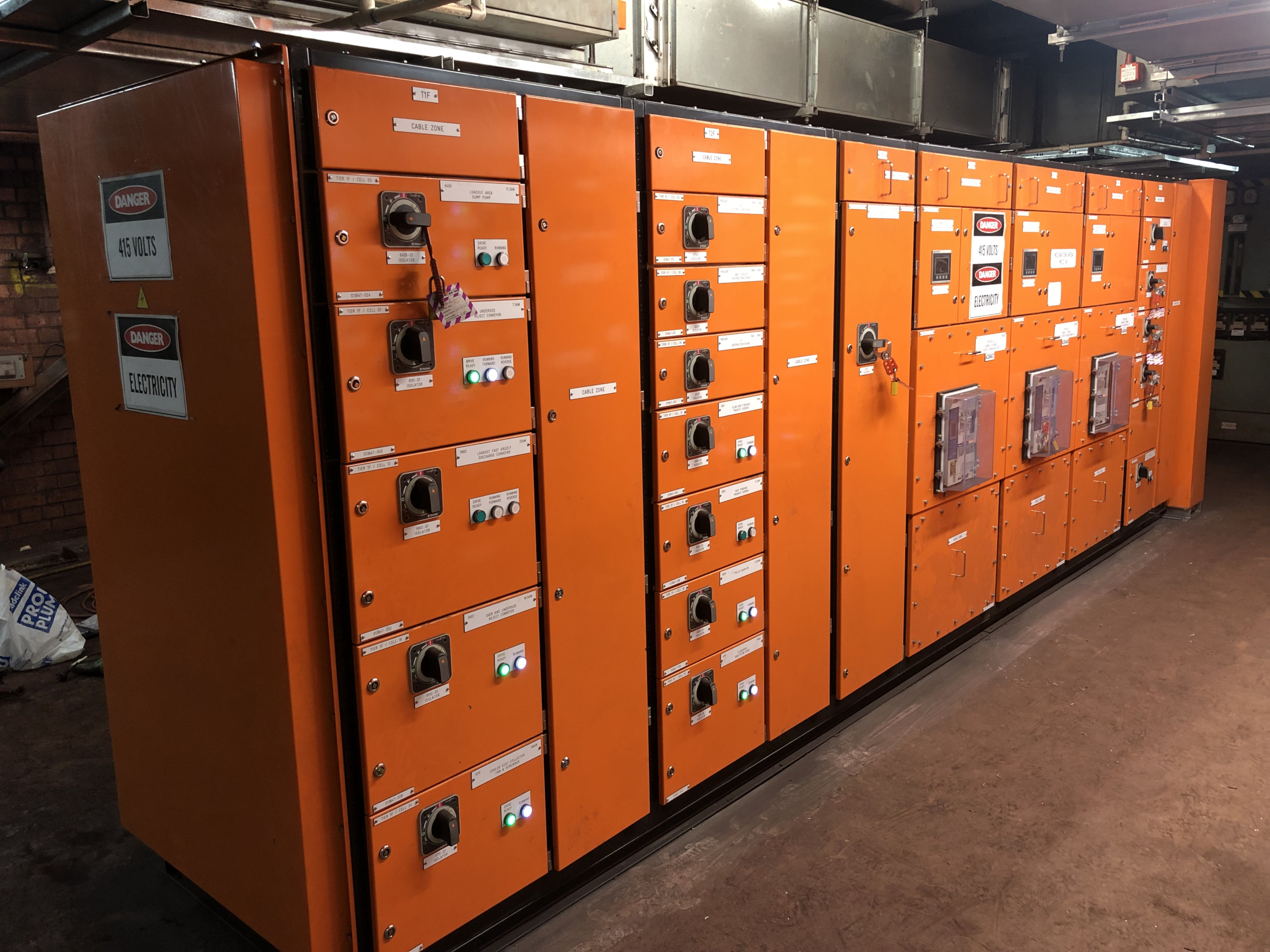 These are extremely challenging projects in a 24/7 operating plant that requires a sound understanding of the plant, its hazards and a collaborative relationship with the clients Project team, Maintainers and Operators is a must to achieve a successful outcome for all parties.

Back to Case Studies